A Timeline of Famous Authors

Did you know that Charles Dickens lived during the same era as Herman Melville? Or that John Steinbeck and George Orwell both lived through both world wars as well as the Great Depression?

Having the context of when authors behind your favorite works lived can contextualize so much about their perspective. Here is an infographic By PlaygroundEquipment.com on the top 50 books on the Great American Reads survey and where their authors fall into place in history. 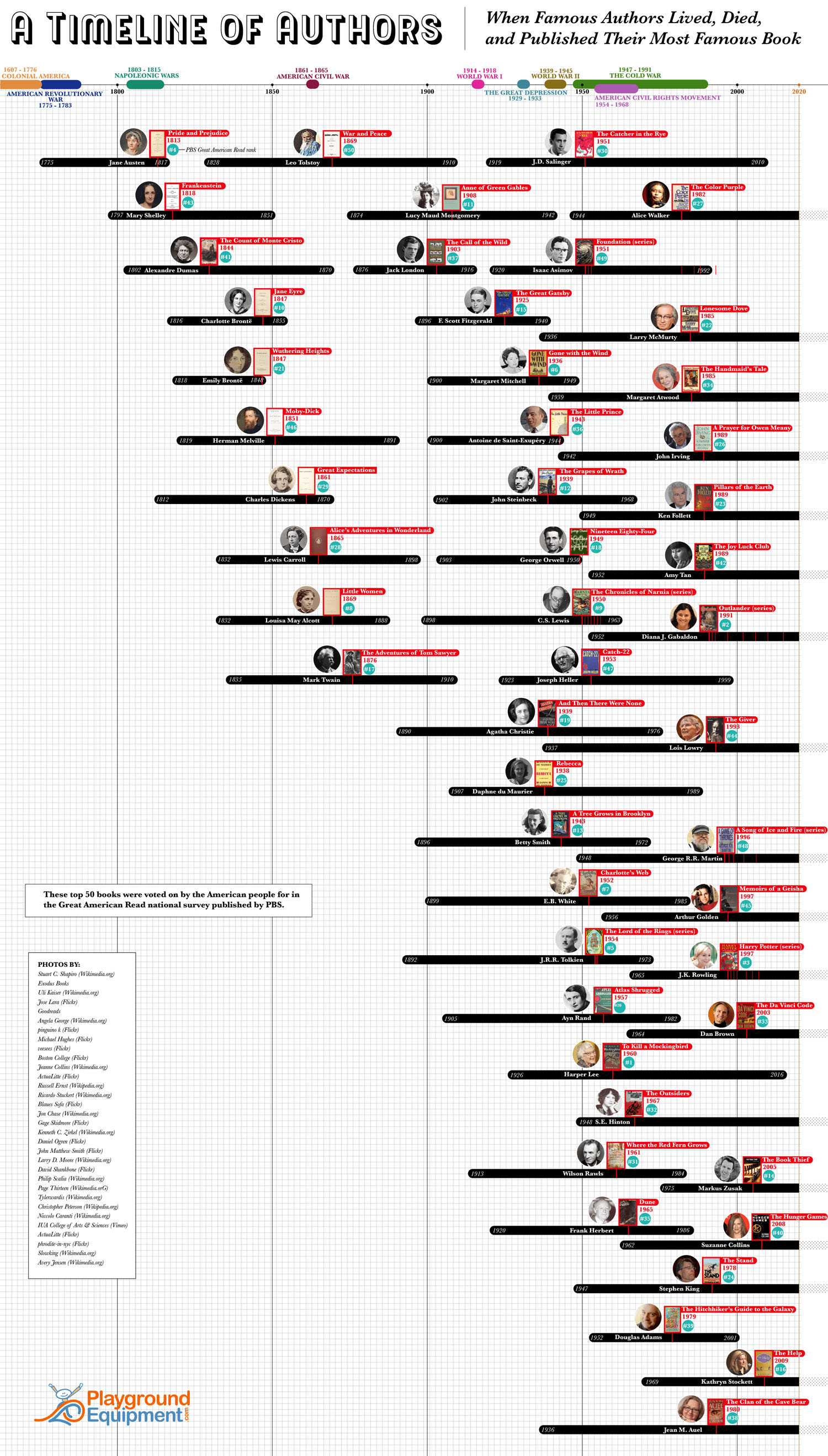 David Wallace is a search & social media marketer who lives in Ahwatukee Arizona with his lovely wife. Interests & hobbies include all things Disney, roller coasters, musicianship and Christianity.