How to Choose the Microphone That Perfectly Suits You

You can be a professional singer, a reporter, an interviewer, a karaoke lover, a podcast maker, and many other things that require the use of a microphone. Each individual voice can sound different depending on the mic you choose. The problem is often how to make the right choice. In the following infographic, explore a number of guidelines that are better to be taken into consideration.

END_OF_DOCUMENT_TOKEN_TO_BE_REPLACED 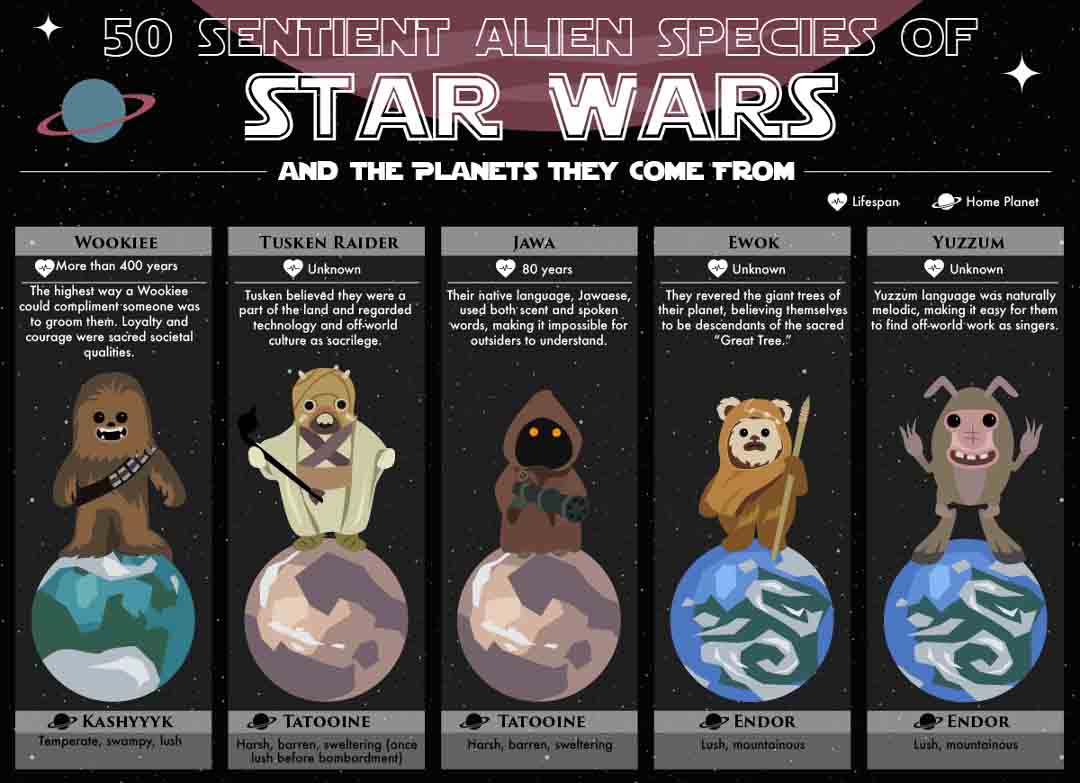 A long time ago in a galaxy far, far away … there were a lot of fascinating alien species. One of the most captivating components of the Star Wars universe is the biodiversity of such aliens. Some are adorable, like tree-dwelling teddy bear Ewoks from Endor, while others are not. Learn more about them all with this infographic.

END_OF_DOCUMENT_TOKEN_TO_BE_REPLACED 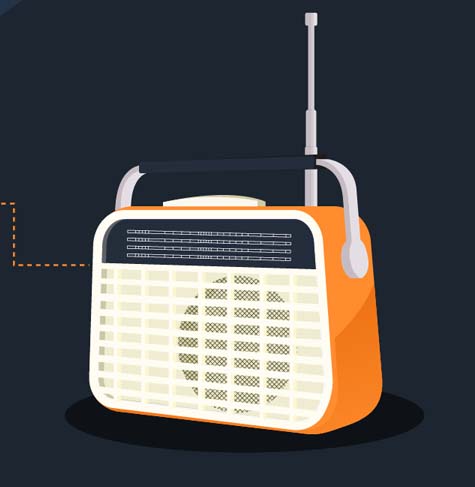 This infographic from Synaptic Sound outlines some compelling data surrounding the music industry. The data is split into two main categories: Consumer Habits and Revenues for the music industry in 2019. The first set on consumer habits comes from an IFPI report. The second set comes from RIAA’s mid-year revenues report for 2019.

END_OF_DOCUMENT_TOKEN_TO_BE_REPLACED 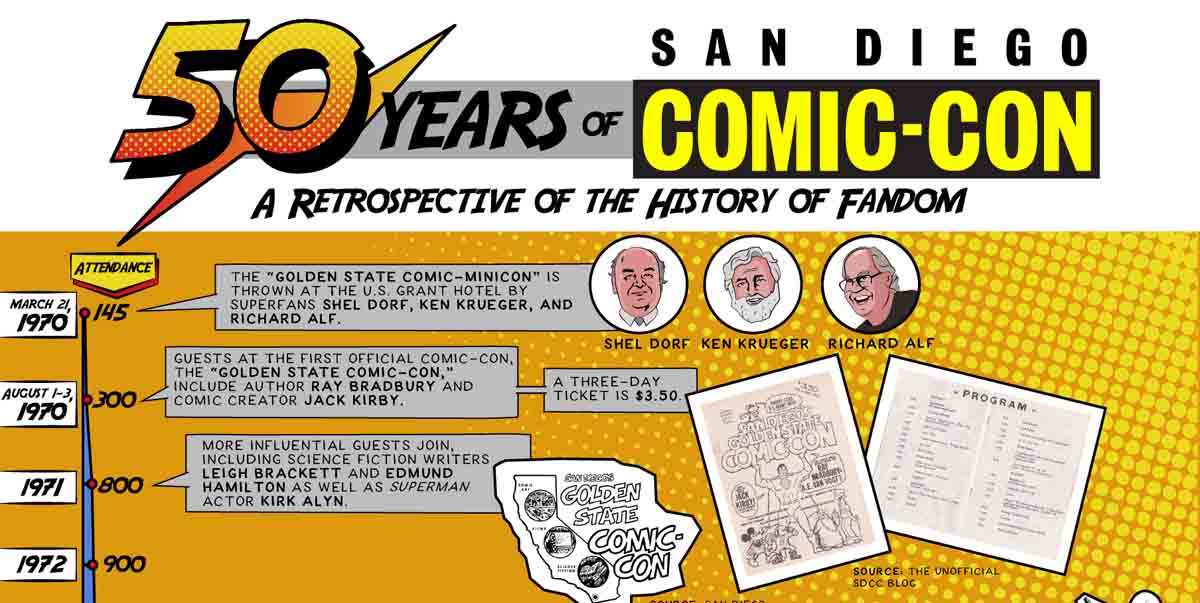 San Diego Comic Con (or SDCC) has recently turned 50, and in that short time it’s gone from a tiny gathering of teens in a hotel basement to one of the most important annual pop culture events in the world! To see how that’s happened, Highrises.com has created a short retrospective to explore the history of Comic-Con, with a useful timeline going all the way to the very beginning.

END_OF_DOCUMENT_TOKEN_TO_BE_REPLACED

The Evolution of the Joker

The Joker first appeared as Batman’s antagonist in 1940. Over the past 80 or so years, he has been reinvented and reinterpreted dozens of times, yet the “Crown Prince of Crime” remains one of the most recognizable super-villains. This infographic looks back at his origins, his iconic appearances.

END_OF_DOCUMENT_TOKEN_TO_BE_REPLACED 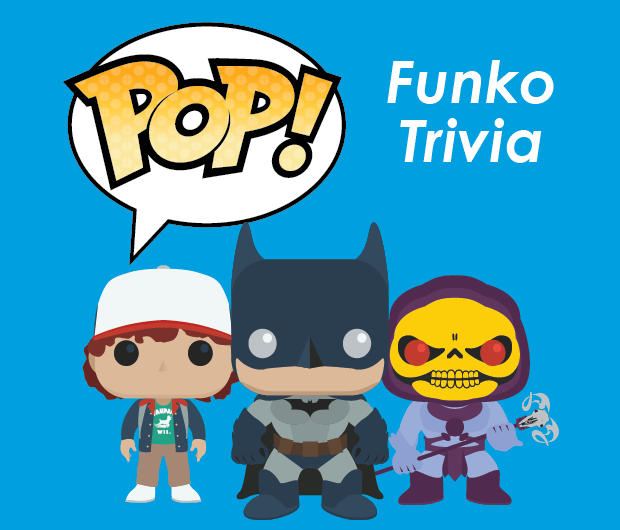 In the following infographic, Hawkin’s Bazaar looks at 15 top facts about the Funko brand known for their Pop Vinyl Figures – from facts about the surprise buyer of the brand, plus how they came up with their distinctive look.

END_OF_DOCUMENT_TOKEN_TO_BE_REPLACED 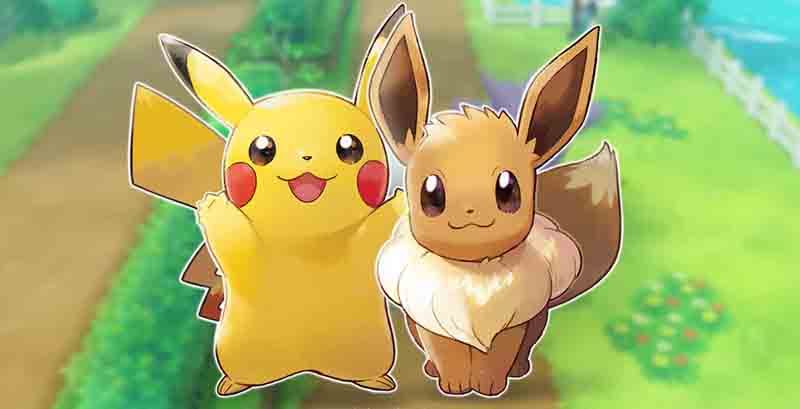 The 25 Highest-Grossing Media Franchises of All Time

Did you grow up watching Pokémon or collecting Pokémon cards? Or perhaps you discovered the colossally successful entertainment franchise during the Pokémon Go craze. Launched on July 6, 2016, a record-breaking 130 million people downloaded the free app. Today, the Pokémon Go community is still thriving with over 5 million players. In the following infographic, TitleMax looks at Pokémon along with the top 25 highest grossing media franchises of all time worldwide.

END_OF_DOCUMENT_TOKEN_TO_BE_REPLACED 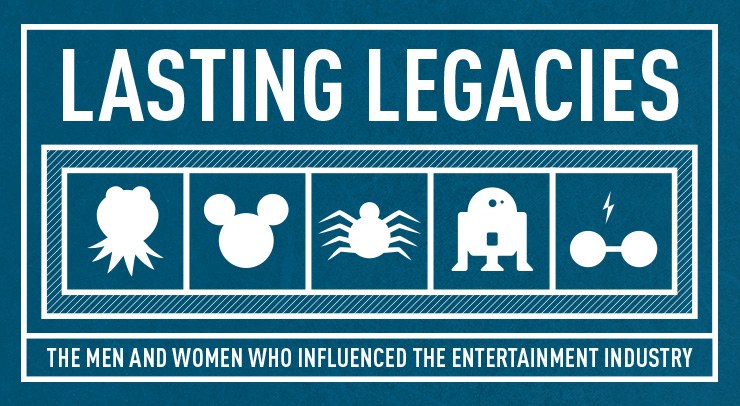 Lasting Legacies: The Men and Women Who Influenced the Entertainment Industry

It takes hundreds or even thousands of people to release a movie, a television series, a comic book series, etc.. Yet entertainment franchises are often guided by a singular artistic vision. In this infographic, HalloweenCostumes.com looks at five such visionaries: Jim Henson, Walt Disney, Stan Lee, George Lucas, and J.K. Rowling.

END_OF_DOCUMENT_TOKEN_TO_BE_REPLACED

Hollywood’s biggest stars serve as both hosts and guests on podcasts, sitting down together to have conversations between two microphones. When they’re not forced to read from a script and can discuss topics openly, amazing conversations can happen. Whether you want to laugh along with your favorite comedians, or looking to take a deep introspective journey, these 13 celebrity-hosted podcasts.

END_OF_DOCUMENT_TOKEN_TO_BE_REPLACED 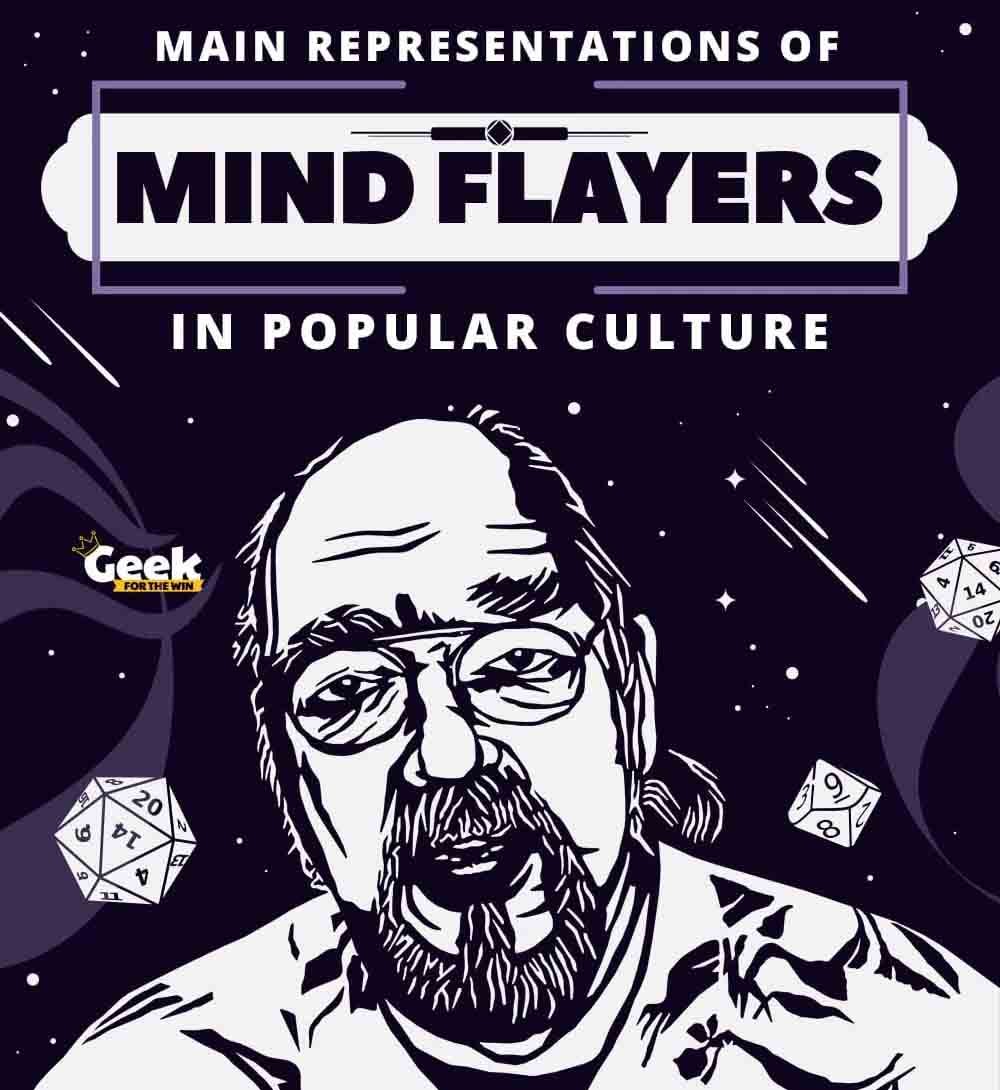 This infographic features some of the most impressive representations of mind flayers in popular culture, from the OG mind flayers in the Dungeons and Dragons Monster Manuals to mind flayers in video games such as Baldur’s Gate II and Bloodborne, or in TV shows such as Stranger Things.