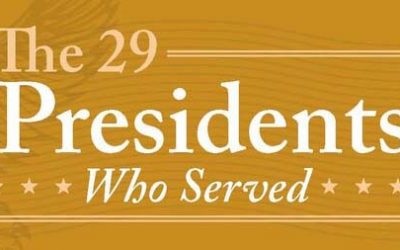 Every U.S. President Who Served in Our Armed Forces

As the commander-in-chief, the President of the United States has full control of the nation’s armed forces. And although a military background is not a prerequisite to take office, 29 out of the 45 presidents have served in some capacity. In this infographic, take a look at the U.S. presidents who served in the military in some capacity, from World War II to the American Revolution.

END_OF_DOCUMENT_TOKEN_TO_BE_REPLACED 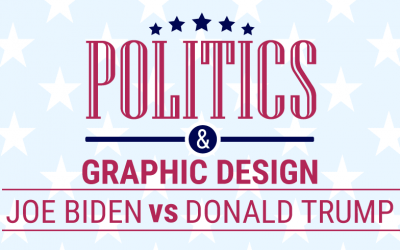 Political campaigns are designed to attract and motivate voters to follow their leaders. That is why their designs are worth studying. In this infographic, the team at LogoDesign.net have gathered materials and compared logo designs, web designs, and campaign materials of 2020 U.S. presidential candidates Donald Trump and Joe Biden.

END_OF_DOCUMENT_TOKEN_TO_BE_REPLACED 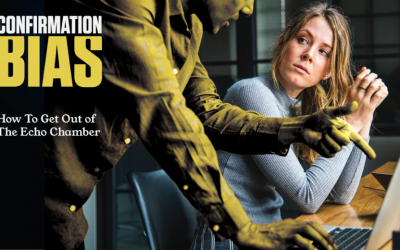 Confirmation Bias: How To Get Out Of The Echo Chamber

Feel like sharing your political views on Facebook isn’t doing any good? According to science, you’re probably right. Social media may be one of the reasons we hear fewer opposing views than we used to. Learn more about confirmation bias and the social media echo chamber in this infographic from Psych Degrees.

END_OF_DOCUMENT_TOKEN_TO_BE_REPLACED 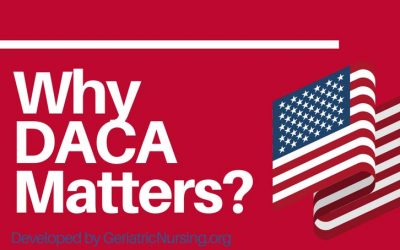 Deferred Action for Childhood Arrivals (DACA) is one of the most controversial topics in US politics right now. The immigration policy aimed at the children of illegal immigrants has been rescinded by the Trump administration and now no one knows exactly what will happen to them. What should the government do with almost 900,000 illegal immigrants that have come to the US as children and have not lived anywhere else since?

END_OF_DOCUMENT_TOKEN_TO_BE_REPLACED 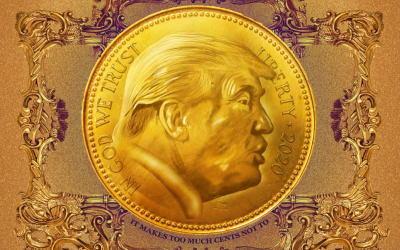 In Trump We Trust

Many great rulers have a history of gold. Unfortunately a “federal law” prohibits living persons from being on US coinage.What would it take to put Trump’s face on a gold coin and why should we do that? It’s tougher than you might think, according to this infographic from U.S. Gold Bureau.

END_OF_DOCUMENT_TOKEN_TO_BE_REPLACED 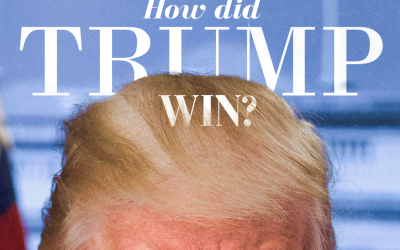 How Did Trump Win?

If you’ve been wondering how this election could have possibly turned out the way it did, the answer might lie in cognitive bias. Learn more about this complicated psychology in the following infographic from PsyD Programs.

END_OF_DOCUMENT_TOKEN_TO_BE_REPLACED 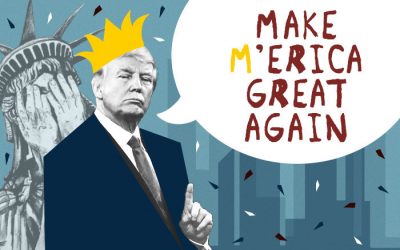 Donald Trump will soon be the 45th President of the United States. This has led to a huge amount of controversy and chatter with certain portions of the population who are worried about Trump’s policies and demeanor. In this opinionated infographic, EvoEssay.com explores what American citizens might expect from the 45th elected president, looking at his previous statements during the election campaign.

END_OF_DOCUMENT_TOKEN_TO_BE_REPLACED 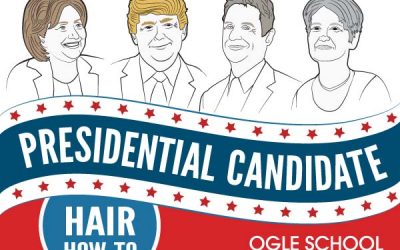 If there’s one thing that’s as important as a candidate’s stance on the big topics, it’s his or her haircut. Studies have long shown that people vote as much with their eyes as they do their minds, and a properly tamed mane can go a long way at the ballot box. Here is a definitive how-to for achieving the presidential candidates’ hairstyles.

END_OF_DOCUMENT_TOKEN_TO_BE_REPLACED 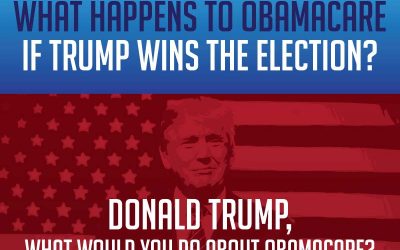 What Happens to Obamacare if Trump Wins the Election?

As the U.S. Presidential Election nears, candidates are faced with pressing issues that need to be addressed. One of the more intriguing topics is how the next administration might treat the Affordable Care Act (ACA) or more commonly known as the Obamacare. For presidential hopeful Donald Trump, this “horror,” as he labels it, should be completely scrapped. But how will repealing it really affect Americans?

END_OF_DOCUMENT_TOKEN_TO_BE_REPLACED 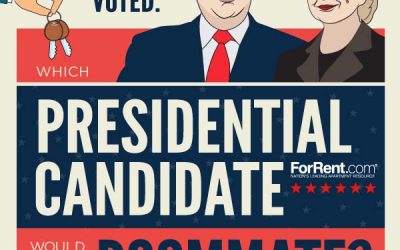 Which Presidential Candidate Would Be a Better Roommate?

In this election season, we have gotten to know a great deal about the presidential candidates, probably a lot more than we like to! As can happen with TV characters when we binge-watch a show, the Washington hopefuls can feel like our friends or neighbors or even enemies. But what would happen if we conducted a different kind of election? What if instead of the winner taking up residence in the White House, they would instead come to live with you in your house?