How Many People in Your State Commute by Bike?

Have you ever pedaled to work? I do daily and I can tell you that I wouldn’t trade it for anything. Sure, sometimes I miss my car, but I don’t miss the traffic or filling up my gas tank. I traded a 25 mile commute by car for a 5 mile commute by bike.

Curious to how many people actually commute by bike in your area? The folks at BikeGuard created the following infographic which looks at the 731,268 people who commute on bikes across America and breaks down statistics by state. Here are some state from my state, Washington : 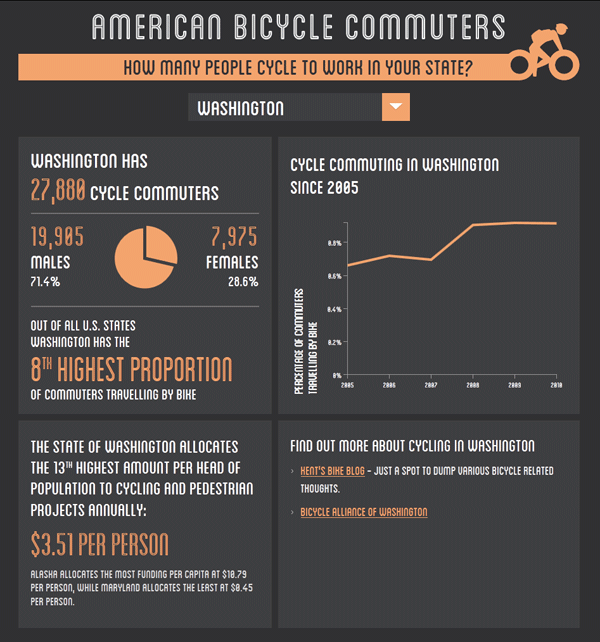 Here are some key statics by state:

To see your state’s bicycle commuting statistics CLICK HERE to view the visualization.

Outreach Coordinator. Snowboarder. Caffeine Enthusiast. Cyclist. I like puppies. I love using insulin - so I can eat Cheetos. Follow my Tweets! @jimmydaugherty