The Average Commute to Work by State and City

The national average commute time in the U.S. is 26.6 minutes, according to the Census Bureau. That means as a whole, the daily average American commute time is just under an hour, 53.2 minutes, assuming one round trip. Perhaps unsurprisingly, New York City has the longest average commute time. Los Angeles, which may experience ridiculous and irregular traffic jams, doesn’t even appear in the top ten. It doesn’t compare, apparently, to nearby Riverside-San Bernardino, CA, which comes in 8th.

In the following infographic by TitleMax.com, see the Average Commute to Work by State and City 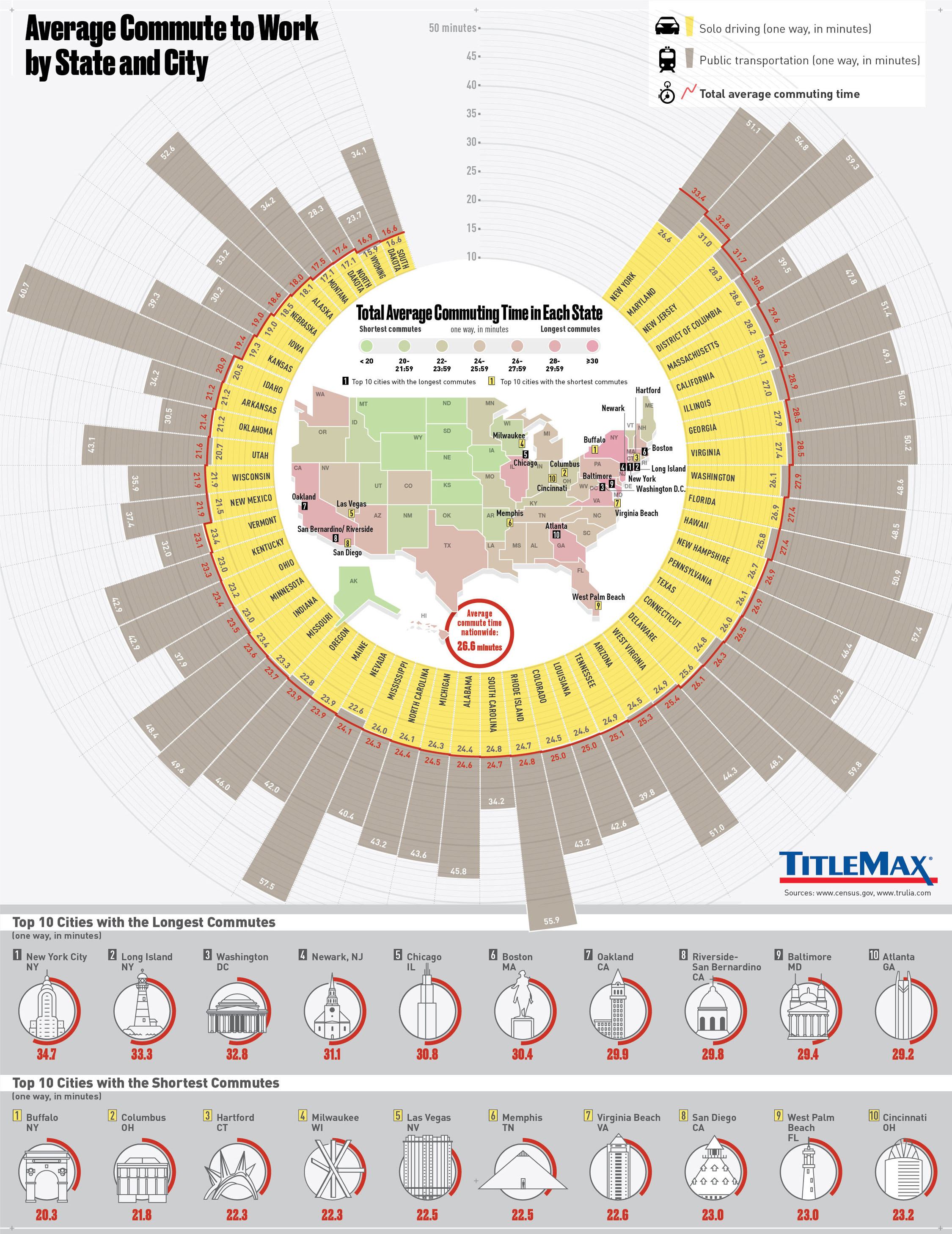